It's good to be home! 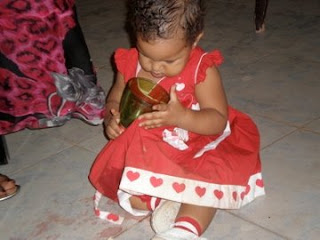 Our country receives refugees, it doesn't produce refugees, we believe. We like to think of our country as safe and stable. Stable is the keyword here. We want to leave it and come back only to find it there. To find that nothing has changed. It is still the same.

We want to make future plans and we want to dream . We want to believe that our future is in our country. We want our dreams to become true even if a new government came to power.
We want to live in our country with dignity. We want to make the choice to leave it or not.
We don't want to be forced out of it. Noone wants to live in exile, noone wants to be a refugee. We think of Refugees as second-class citizens . The host countries are like airports. They wait there until they can go back to their homelands. They wait while we take our country for granted.

My parents used to take Sudan for granted. My dad was a doctor. We lived in a nice apartment in Khartoum. My mother loved her career and we even had a good old Eritrean nanny. Her name was Momena and we called her Nana.

Then the coup happened.

On the 30th of June 1989, the army was on the streets. It didn't take long until we heard the coup music on the radio. The familiar music they play everytime a coup happens.

We've had so many coups in Sudan. In some places,people vote to bring a new president to power, in other places, you just wake up one day only to find out you don't even know the name of the current president.

No one expected the government to last long, I mean who would have thought an Islamist government would find any support in Sudan?

20 years on, we were proven wrong. They did find a place in Sudan through terrorism.
My dad was told he is now a retired man. He was in his 30's at the time. Apparently, he was on the government's blacklist because he was in the opposition. All of a sudden, he found himself unemployed with the rest of his friends. They compromised the professional class in the Sudan. If you wanted a job, you had to be with them. You had to support the regime if you wanted food on the table.

He looked everywhere for any kind of job . Finally, he found a job. He became a truck driver.

In the memory of Emma McCune, support the Emma Academy 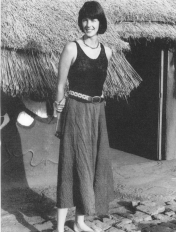 About Emma:-
Emma McCune was a British aid worker working in Sudan in the 1980's and early 1990's. She was also the wife of "rebel leader", Riek Machar. She was killed in a car accident in Kenya in 1993 at the age of 29.
Emma  saved at least 150 war orphans before her death. One of them is world renowned rapper, Emmanual Jal.
In her honour, support the Emma Academy in South Sudan
For more information go to:- www.emmaacademyproject.com
Posted by Reem at 2:15 AM 2 comments: