Sudan’s National Intelligence Security Services (NISS) suspended Alwan, an independent daily newspaper On Friday 13 January. On Thursday and Friday morning, copies of the newspaper were confiscated post-publication, but the editor-in-chief was only informed of the suspension on Friday.

Shadia Ahmad, a journalist with Alwan, said rumours suggest that a political interview published recently has instigated this harsh decision.

“This is what we are hearing, but so far the editor-in-chief has yet to receive the official written decision to suspend the newspaper which should have clear reasons,” said Ahmad.

Ahmad added that there are probably a number of reasons for the suspension, commenting that if it was only the interview which was to blame for the suspension, the journalist who wrote the article would have faced problems, rather than the newspaper.

The newspapere was closed down for almost two years in 2008 after publishing a report on a military operation. It came back a little over a year ago.

In early 2010, Rai Al Shaab’s deputy editor-in-chief was arrested, tortured and detained for over a year and it was shut down for a year and a half.

Since it began publishing again in October 2011, it has faced constant harassment from the NISS. Two weeks ago, officers raided the newspaper’s premises, confiscated equipment and occupied the offices.

Ahmed Haroun, a Rai Al Shaab journalist, said that he was called in for questioning before the suspension.

“I was interrogated about an article I wrote in November and I was released, but I still have to go to court,” said Haroun.

Lawyer Nabil Adib says that the closure of Rai Al Shaab is illegal.

“It does not abide by the constitution since they can not suspend it before the necessary measures are taken — as in having an actual trial,” said Adib who added that the penalty came before the trial.

Commenting on the recent re-launch of Al Jareeda, an independent newspaper that was suspended by the NISS last September, Adib stated that they are unlikely to publish the same daring material they used to publish before they were shut down.

In recent years, two decisions were instrumental in the new wave of crackdowns on press freedoms in Sudan. Firstly, the controversial 2009 press laws which allow the state to intervene in issues of national security; second, in 2010 the NISS was given many immunities and rights under the 2010 National Security Act. Through this act, the NISS is allowed to take action on issues of national security which range from detaining journalists for extended periods of time, suing journalists and subjecting them to hefty fines and even closing down newspapers.

Many high-profile journalists including Amal Habbani, Faisal Mohamed Salih, Dr Nahid Al Hassan and Dr Omer Al Garrai are still facing charges and ongoing trials for writing about the rape of Safia Ishaq, a young activist who was arrested after taking part in protests and raped by three security men while in detention.

“They aim to waste your time and stop your life” Amal Habbani commented on the lengthy trial.

Last month, Dr Nahid Al Hassan, a psychiatrist working with victims of sexual assault and abuse was told in court by the judge that evidence proves that Safia Ishaq was not raped.

“You jeopardised the people’s trust in the security forces by writing about an incident that never happened,” said Mudathir Al Rashid, a judge who is known as the “journalist cases judge” for taking up notorious cases against journalists.
Posted by Reem at 3:46 AM No comments: 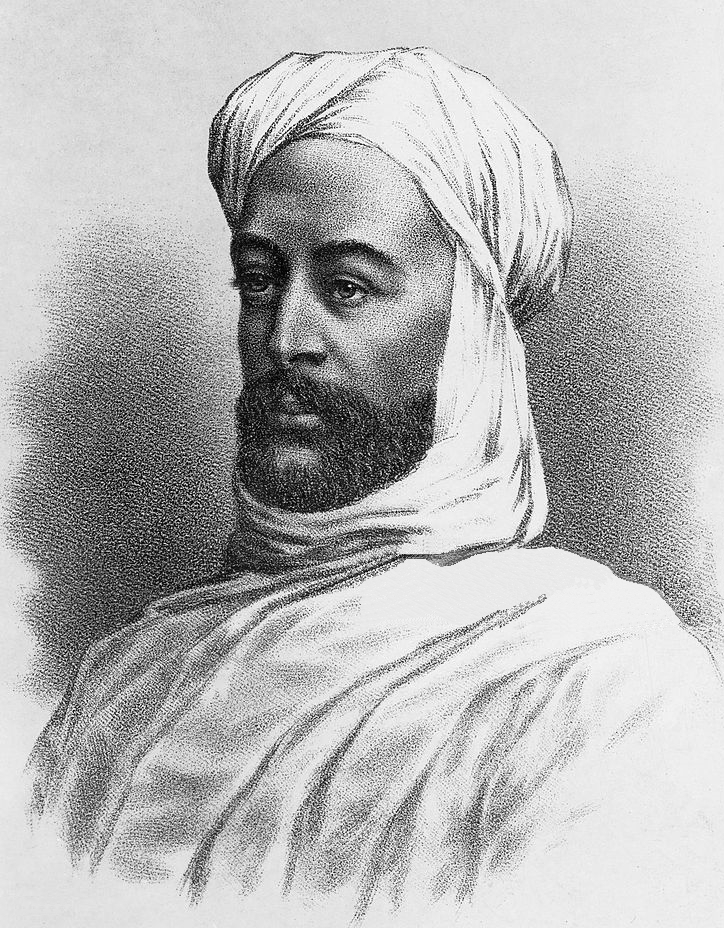 On this day, 127 years ago, Sudan became independent for the first
time as Khartoum was freed from the grip of British and Egyptian
forces after a battle known as the battle of Khartoum.

Sudan's history shows that many powerful kingdoms and one of the
oldest civilizations in the world were born in Sudan. Egypt's rival in
Africa, Nubia, was powerful for thousands of years, but it had become
a weak kingdom by the end of the 18th century. So did the kingdom of
Sennar which ruled a large part of Central Sudan and spread into Chad
and other countries.The collapse of powerful kingdoms in Sudan
attracted the Ottomans who invaded Sudan and annexed it into the
Ottoman empire in 1820.

In 1881, the Sudanese rebelled against the Ottoman administration and
Sudan became independent, but the British were eyeing the country at
the time.

The British invaded Sudan in 1882, but they didn't govern it until
1899 when they finally defeated the Mahdist forces.

Charles "Chinese" Gordon who was a famous figure in England was
brought over from China to gain control of Sudan. He cited the
founding of an Islamic state at the hands of the Mahdi as a reason for
the need to invest in defeating the Mahdist army.

Gordon believed that he can accomplish this mission, however, the
Mahdi army proved to be strong and sieged the city of Khartoum from
March 1884 to January 1885.

The siege was brutal that it caused the food supply in Khartoum and of
Gordon's garrison to run low. The entire garrison was killed and
Gordon was shot and his head cut-off.

Muhamed Ahmad became the ruler of Sudan , but he died 5 months after
the battle , however, a modern Sudan was born.

In late 1898, in another attack led by Lord Kitchener, the Mahdist
army were defeated in what came to be known as the battle of Omdurman.

The battle of Khartoum became popular as it was chronicled in the 1966
film, Khartoum, and in the novel "Desert and Wilderness" by Polish
Nobel Prize winner Henryk Sienkiewicz.
Posted by Reem at 3:31 AM No comments:

Rai Al Shab (The People's Opinion) is published by the Popular Congress Party (PCP), one of Sudan's largest opposition parties.

Known for its outspoken editorials and uncompromising journalism, the newspaper has been suspended many times in recent years, most recently from May 2010 to October 2011.

The pro-government Sudanese Media Center (SMC) quoted the head of the Media Department at the National Intelligence and Security Services (NISS) saying that the newspaper violated Sudan's "professional and ethical standards,"

The NISS has arrested many journalists last year including nine working with Radio Darfur. Also arrested was Abu Zar Al Ameen, the deputy editor-in-chief of Rai AlShab, who was released after more than a year in detention. The cases provoked an international outcry.

"The officers came to the our premises after 5 pm and they occupied the place; the editor-in-chief asked us to gather our personal belongings and leave," said Mustafa Ibrahim, one of the journalists working at Rai Al Shab.

Last week, a journalist working at the newspaper was called for interrogation at the National Press and Publications Council following two news pieces he published, in November and December respectively.

"I was surprised to find an arrest warrant waiting for me, I was interrogated before my release on bail," said Ahmed Haroun, who spoke to to Africa Review.

His case is ongoing; a trial hearing is yet to be set.

"During his Independence Day speech, the president spoke about freedoms such as press freedoms, then came the decision to suspend our publication," said Ibrahim who added that the decision will affect about 50 journalists, editors and staff members.

In July, six newspapers owned or co-owned by South Sudanese were suspended including the popular opposition newspaper, Ahjras Al Hurriya, and in September, Al Jareeda, a daily independent newspaper was suspended