Me on the BBC radio

Listen to some of my comments on Africa have your say, BBC Radio.
http://news.bbc.co.uk/2/hi/talking_point/africa_have_your_say/default.stm
The topic was African films and as an aspiring scriptwriter, I was asked to join the discussion. It was an honour to hear some of Africa's greatest film-makers share their thoughts on the future, past and present of African films.
Posted by Reem at 10:40 AM 1 comment:

The Arab Press Network interviewed me 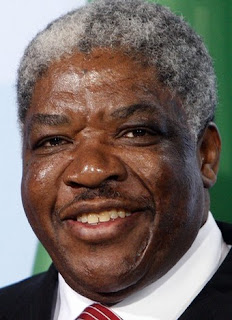 Mwanawasa,59, the president of Zambia died last Tuesday in a hospital in Paris.

Paying for your rights

In Sudan, there is no rule of law, I believe.
I've been trying to convince myself that things in Sudan are "not that bad" for a while now.. but it is not working!
Sudanese people are known to use the word "ma3leesh" ( sorrry) and"mafi moshkela"( no problem) a lot. Something happens and we are quick to say not a big deal, thank god for everything else!
The war in Sudan is the longest-running war in Africa- it's ok, at least it's not the longest-running war in the world!
At least 2 million died in the war- well, 38 million are still living! Thank god for that!

But sometimes it's difficult to say mafi moshkela.

We have two stores in my house in Sudan. They are facing the main street and we usually rent them . A few years ago, we rented it to this guy who looks exactly like an arms dealer.
Anyways, a few years later, our deal with him was over and we wanted him out. He also didn't pay a penny in a very long time.
Apparently, the guy had contacts in the government. We had documents and we were the owners of the store. So, the court was on our side.

I don't know how much it costs to bribe a judge , but he bribed him and we knew it.

Three years on, three lawyers and thousands of dollars later, he is out of OUR property.

I can't help but wonder if my mother's friend gave us the best advice when she said " hire a few thugs, let them break into the store and smash everything there"
I mean I don't support violence , but what do you do to get your rights in Sudan?

Take up arms like the rebels. Be gangster about it. Bribe or my favorite, sleeping with an official to get what you want ( according to my sources: it works!)
Posted by Reem at 5:23 PM 6 comments: