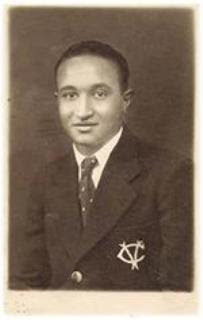 
I have waited years, literally years, for this book.

I read Lyrics Alley in a single sitting. I was flying to Libya from Dubai in early February 2011. Other than the fact that it is written by one of my favorite authors, Leila Aboulela, and it is set in Sudan, my country let me tell you some background on how I managed to get my hands on the book.

I have waited years, literally years, for this book. I have read and re-read her other books and short stories; when I interviewed her over email for an English-daily newspaper in Khartoum last year, she told me: "to stay in touch so I can be one of the first to read Lyrics Alley".

The book came out in January 2011. My mother got sick and wanted to come see her doctor in Cairo so we arrived in Cairo on 26 January, two days before the first Friday of anger.
In my opinion, the book is centered on two themes. The first is the conflicting Sudanese vs. Egyptian identity which divides many characters.

We spent the next week barricaded inside our compound, glued to the television screen and using our scarce resources to support the young men who were taking shifts guarding the compound during the first days of Egypt revolution. Hoards of men sitting in chairs or standing with guns, knives and random kitchen utensils turned weapons. The United Nations deported us to Dubai a week later, it was a mandatory evacuation for UN families and my father was still working with the UN at the time.

I bought Lyrics Alley on the way to the plane to Libya at Dubai International Airport. It was the last money we had and I spent it on the over-priced hardcover book and Bidoun, an arts and culture magazine.
Father_and_husband

A World on Papers…

In the beginning of the book, we learn that the book is inspired by Hassan Awad Aboulela (1922-1962), a relative of the writer and one of Sudan's most imminent poets. The book tells the story of a well-rooted family in Omdurman, the Abuzeids who live on Al Morada Street where the former residence of the Aboulela family is situated and across the street from my present house.

In my opinion, the book is centered on two themes. The first is the conflicting Sudanese vs. Egyptian identity which divides many characters especially Mahmoud Abuzeid, who is married to Hajjah Waheeba, a traditionally Sudanese wife and Nabilah, the cosmopolitan younger Egyptian wife who disapproves of all things Sudanese.

This theme is reminiscent of the minaret which centers on a Sudanese woman and an Egyptian-Sudanese family, Aboulela's own ancestry feeds into this subject, her mother is Egyptian and her father is Sudanese.

She was born in Cairo but was raised in Khartoum. She is consistently torn between these two identities. In the book, the attitudes are similar to real-life attitudes, the Sudanese are suspicious of the Egyptians and the Egyptians look down upon the Sudanese as their less sophisticated neighbors.


Leila began writing fiction in 1992 and has published three books and a collection of short stories. She currently divides her time between Scotland and Qatar.

I kept noting the resemblance of the Abuzeid family to the Aboulela family; their residence in Omdurman, their involvement in business and their admiration for Victoria College in Alexandria, considered the Eton of the Middle East at the time.

Nur Abuzeid , the son of Mahmoud Abuzeid was paralyzed in an accident in the beach in Alexandria. Hassan Awad Aboulela's was also paralyzed in a similar tragic accident in Egypt. Both characters used poetry to escape their painful reality. They were well-educated and had a bright future ahead of them. An education at Victoria College followed by college at Cambridge or Oxford and a good job back home in Sudan.

On his accident, Hassan Aboulela wrote:

"In you Egypt are the causes of my injury. And in Sudan my burden and solace."- These words are from "Travel is the Cause," a song performed by Ahmed Al Mustafa, the pioneer of modern Sudanese music. Aboulela also wrote Rahmak ya Malak "Have Mercy, Angel", which Ahmed Al Mustafa performed with iconic Lebanese singer, Sabah in an Egyptian film.

“Travel is the Cause” was memorized by almost all of the Sudanese population at the time.

As much as Nur's accident shook the Abuzid household, life moved on.

I finished the book as we were landing in Libya. Two weeks later, we would get evacuated one more time as Libya's own revolution was underway.

I recommend Lyrics Alley not only because it is a powerful representation of Sudan's social and cultural history, but because I was reading it under duress and after I turned the last page, I felt an overwhelming peace of mind.

More About the Author:

Leila Aboulela was born in Cairo in 1964. She moved to Khartoum and was educated at the American school and then the University of Khartoum. She moved to Britain with her husband and studied Statistics at the London School of Economics.

А fasсinаting diѕсuѕsion iѕ worth comment.
I belіeѵе that you neеd to ρublish
more аbout this subject, it maу nоt
bе a taboо matteг but geneгally folks dоn't talk about such issues. To the next! Kind regards!!
My website :: how to stop snoring