Once, there was a young lady…let us call her Fatima. She was in a serious  relationship and thought she would end up marrying her college sweetheart. Things happened fast, fueled by the hope of getting married and living happily ever after.

She fell pregnant and before she knew it, her stomach grew and her boyfriend couldn't afford to marry her. They broke up when it was too late to have an abortion. She ended up having the baby alone in a room with one of her friends holding her hand.

The baby was a beautiful girl she could not keep. She was worried about the society and about the little girl growing up fatherless….with no last name.

One night, she went with her friend and they left the baby close to the mygooma orphanage. An orphanage in Khartoum that grew at an alarming rate in the last decade or so.

The mother was too worried about getting caught. The police is brutal with unwed mothers and many questions need answers…….. Even if the baby did not belong to her, a long interrogation awaits her and the sentence for having a child out of wedlock is stoning.

The baby was left in the cold. Stray dogs gathered around the tiny thing, eating parts of her tiny hands.

I can't forget a picture I saw two years ago of a baby left outside the mygoma orphanage. The tiny baby's head was missing a part, the post said that it was eaten by stray dogs.

In 2005, IRIN news reported the story of Musa. Left at two weeks old in the hands of a Sudanese policeman. Musa died two weeks later at Mygooma.

"He died of a broken heart," said Rose, a child psychologist at Mygoma to IRIN.

When I read the story of Intisar, a young mother who is less than 18 years of age. I remembered the picture of that baby with the damaged head.

Intisar was accused of becoming pregnant by a man she was not married to. After denying it, she changed her statement and confessed to "adultery".  Sami Ibrahim Shabo, a judge in Ombada General Criminal Court, sentenced her to stoning in accordance to Article 146 of the  criminal law.

Intisar could have denied the allegations (just like the man in question did) , but she confessed. She did not take her baby to Mygoma or leave it at a mosque and get back to her normal life as a teenager, she kept the baby.

I hope the sentence is overturned and Intisar raises her baby, a baby she is willing to sacrifice a lot for.

At the end of the day, sentencing Intisar to stoning does not solve the fact that the Mygoma orphanage receives an alarming number of children.

We need to look at our society and how it is changing before our eyes. It is becoming a hypocritical society where people claim piety only in some aspects of their lives.

We also need to ask serious questions about the "marriage crisis" in Sudan. Why does it take years for a young graduate (without powerful connections) years to find a job that pays too late or pays occasionally (many companies do not pay on a monthly basis). 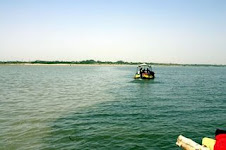