"We enter the university with pens and notepads, but from now on we will enter with machetes to protect ourselves."
On August 3, 1998, a law student at the University of Khartoum called Mohamed Abdelsalam, was detained by security forces after taking part in protests against the rise in accommodation and educationfees.
The next day, Mohamed Abdelsalam's parents were told that their son died during clashes between the police and students. An autopsy, however showed that the cause of death is, "brain haemorrhage" due to repeated beatings about the head and Abdelsalam's parents, tragically, saw their son's body covered with bruises.
Abdelsalam was from Medani and I thought about him on the way to Medani last Friday after hearing news of two students who died in security custody shortly after they were detained. And his face with the classic glasses, a face I only saw in pictures, came to my mind a few times even after coming back from Medani.
Abdelsalam and two others were detained after going to the storage room of the Student Fund and distributing mattresses, lamps and used fans that the fund was not giving to poor students who have come from all parts of Sudan to study.
He just didn't want his fellow students to sleep on the floor and not have a lamp in their rooms if they wanted to study at night.
In Medani, fourteen years later, two students were found dead in a pond on Friday after taking part in protests and participating in a forum against the university's decision to make Darfuri students pay fees.
Students for Darfur have been exempted from fees since 2006 and in the 2011 Darfur peace agreement signed in Qatar, article 14 states that students whose families are in internally displaced person (IDPs) camps or are refugees are in turn exempted from fees
Sadly, due to an administrative problem they have no hand in, the students could not prove they qualify, they did not have the right documents.
Two students were lying in the morgue when I reached Medani and by Sunday, four students were dead. Their colleagues accuse the security force of torturing them to death as they went missing in their custody.
The police and the university issued a statement detailing how the students drowned in the sewage pond their bodies were found in. Their colleagues say that the pond is 1 meter deep making it impossible for them to drown.
Yesterday in a public forum, a student activist said what will forever be remembered by the attendees," We enter the university with pens and notepads, but from now on we will enter with machetes to protect ourselves."
The machetes are a clear reference to the security agents who attacked students in a university in Khartoum state a few days ago. 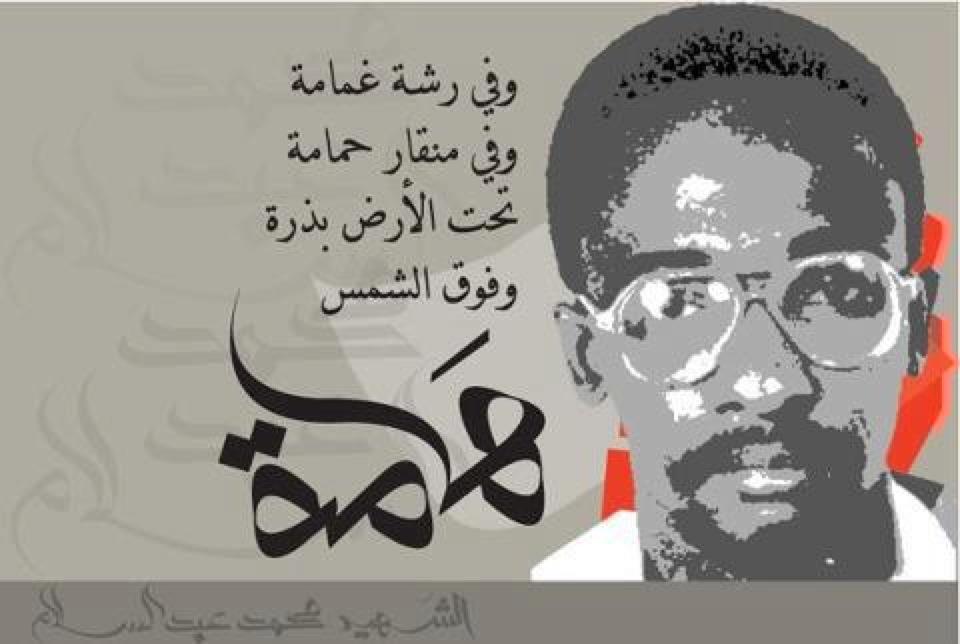 Abdelsalam was not the first student to be killed by security agents for standing up for student rights and the four students killed last week will probably not be the last.


First Published:
http://www.opendemocracy.net/reem-abbas/remembering-mohamed-abdel-salam-in-medani-sudan
Posted by Reem at 8:59 AM