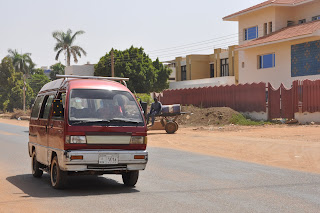 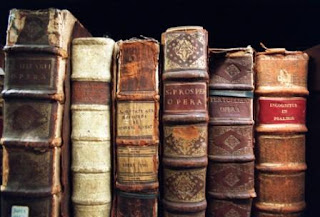 I always seem to have pleasant experiences riding an amjad. I was coming back from a night-out with friends and during the 10-minute ride from Bahri to Omdurman, the driver poured his heart out to me. The main topic of discussion was his desire to take a second wife.
“ I want kids and my current wife can’t have more kids. We had one girl nine years ago and now time is running out for me,” he said
His current wife, naturally, does not approve of him taking a second wife. He bought her a house and he gives her rent money on a monthly basis. He feels that she should feel secure by having a house to her name, she doesn’t.

“ I understand how she feels, no woman wants to share her husband with another woman,” he told me.


My main argument was, you have to talk to her. If she doesn’t want you to marry a second wife, you shouldn’t.
I asked myself whether he wants to get married to have a son. Many men in this country still don’t value their daughters; they would go on and marry two or three wives to have that one precious son.

This particular driver was a chocolate expert. For about 15 years, he worked as a sales representative for British chocolate companies. He drove around Khartoum and marketed Mars and Snickers to potential clients. When he started in the 80’s, very few supermarkets in the country had access to different brands of chocolates like nowadays.
I asked him how come chocolate in Sudan tastes different.

He blamed the weather.

In 1986, he was sent to England for a course in sales and marketing.

It was after a long day spent with a colleague editing, re-editing and translating a video report followed by a long meeting that I finally decided to head home. It was about 9:15 pm when I hailed an amjad to go home. I was exhausted, physically and mentally. The work took seven hours and I was ready to go to bed the minute I reach my room. The music player on my phone was on, I was planning to listen to Nina Simone’s soothing voice the whole time.

The amjad driver was entertaining. He was interested in my family, he figured out my family name as soon as I told him where I live. My house is located in a neighborhood named after my great great grand-father. We became engaged in an intellectual
conversation. I quickly forgot my plans to listen to Nina Simone and listened to him recite lines from Oliver Twist.

He spoke fluent English and was an avid reader. We had similar literary tastes. We both liked Jane Austen, he showed me a tattered copy of Pride and Prejudice, one of his favorite books. The book was obviously read a million times and loved very dearly. Every single page was yellow.... it reminded me of how much I love old books, their familiar smell, the specific words and phrases that are underlined and the notes scrawled in their margins. I have bookmarks in all my favorite books.

He told me I was impressive, he said all girls nowadays are shallow. People don’t read, we agreed. It is rare to talk about books in a social gathering, most people are too engrossed in carrying out mundane tasks, they ignore the joys of reading.

Jane Austen wrote some of the best books published in this world; it is a great loss that many in this country are unaware of her books. Her literature is translated and accessible.

I’m glad one other person cherishes Pride and Prejudice and enjoys reading plays written by Shakespeare....

I thought about going back home and writing a book like Khaled Al Khamissi’s popular book, Taxi. I have enough conversations with Amjad drivers to fill a whole book. Should I?
Posted by Reem at 6:16 AM

me & my friends hav these experiences all the time,som r pleasant some are not i guess u should write a book or at least give us more incidence.

I think you should.

I'm very interested in republishing this blog post in a Dubai-based magazine, as part of an issue themed around Khartoum.

Could you please drop me a line at john@brownbook.me?